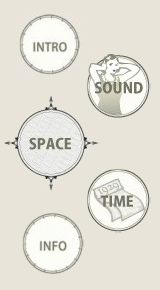 ABOUT THE NOISE COMPLAINTS

All of the noise complaints documented on this website come from the Municipal Archives of the City of New York, and those reproduced here are done so with the permission of the Archive. Two collections in particular have been utilized: The Mayoral Papers of James J. Walker (1926-1932) and the Health Commissioner's Papers, Department of Health (1930-1932).

The Walker Mayoral Papers contain inter-office correspondence between the Mayor's Office and the Department of Health. These letters describe noise complaints sent to the Mayor and forwarded to the Commissioner of Health.

The Health Commissioner's Papers, although they only commence in 1930, offer more extensive documentation. Here, many original letters of complaint are preserved, and all such letters located in the files have been reproduced here. All letters that were hand-written have been transcribed, but readers are encouraged to grapple with the challenge of deciphering the sometimes illegible handwriting before turning to the transcriptions. Many complainants were clearly at their wits' end when they wrote, and the state of their handwriting, as well as the content of their letters, offers historical evidence of the problem of noise.

In addition to the original complaints, facsimiles of the sometimes extensive departmental correspondence following up on these complaints are presented here. Many of these documents are fragile, onionskin carbon copies of responses sent to the complainants. Departmental memos and reports - often annotated with handwritten comments - are also included.

In sum, approximately 600 unique complaints covering the period 1926-1932 are catalogued on this website, and approximately 350 pages of documents are reproduced here. About half of the total complaints were made in 1930, a year when noise was in the news as the Department of Health launched an official Noise Abatement Campaign and actively solicited such complaints from the city's inhabitants.

It is possible, however, that the archival holdings represent just a fraction of the total noise-related correspondence actually received by the Deapartment of Health during those years. Perhaps the New York Times exaggerated when it reported, on 12 May 1931, that the city received fifty complaints per week concerning just the "back-yard yowling" of cats, but if that figure is accurate it suggests that many more letters were received than are found in the archive today.

If the letters that remain represent only a fraction of those originally received, it is uncear why these documents, and not others, were preserved. Still, it appears to be a representative sample. All five boroughs are represented, and the distribution of noises complained of in these letters corresponds to other tabulations of complaints at the time.

The collection offers a unique view into the city's past. It documents not just the noises of New York, but also the attitudes and language of its citizens. These letters help us to recover the texture of daily life on the streets and in the dwellings of the seven million people who called the New York City home at this time.